Betfair (Signup and get £50 Bonus) 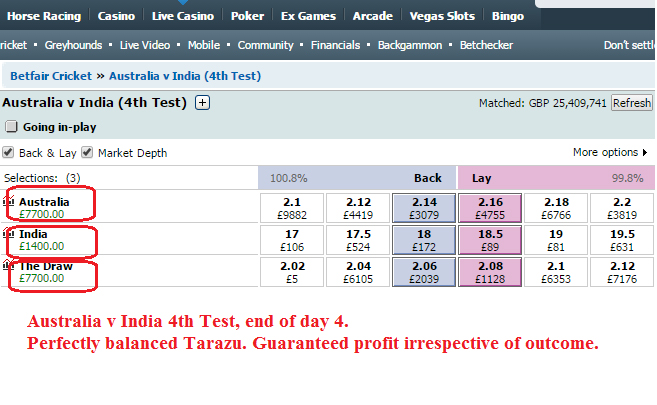 In previous Test match trading was disaster as Australia’s odds wasn’t coming down throughout their first innings. So this time I decided to back the underdog – India. First I waited for Australia to settle down and start scoring run. After the 2nd session I entered trading and started to back India at higher odds till it touched 50. That was the max odds I could back India during Australia’s first innings. I expected India to fight back and score at least 400 runs on this slow pitch which they did. I layed India at 19.00 to green up and exited trading by making guaranteed £7700 profit. 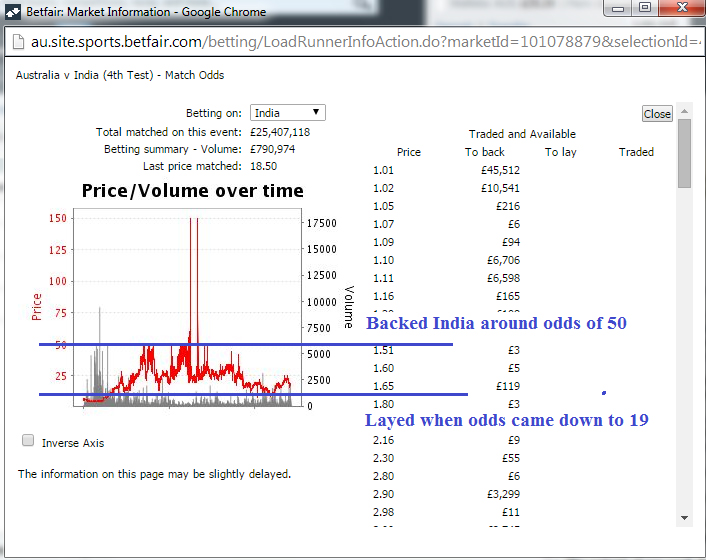 This match is heading towards a draw. Australia should declare giving India to chase 348 runs. Smith is on sticky wicket again for making decision on declaration. Australia have ended up in a repeat of last Test match. If Smith decided to bat few overs then it’s going to be a sure draw. If he declares and let India chase then he stand chance for one more victory.

Indians on other hand have been pushed in the corner to do nothing but get another respectable draw.

Tags: Australia v India, BetFair, Cricket, Profit
« bet365 Accounts on Sale in India
Why do odds on Betfair are not much better than those on Fixed odds bookies »